Babygrande Records is proud to announce its latest signing, San Antonio, TX native Cap Gold. At just 20 years-old, Cap Gold has amassed an impressive following on the Texas underground scene and has already begun proving himself on national level. Rapping through his signature gold grills, Cap first emerged with his 2018 single “HighClass Fever,” which picked up momentum at the beginning of this year, thanks in part to a viral music video, which was also featured on the eighth-annual A3C Festivalcompilation series, A3C Volume 8. Most recently Cap had a show-stealing performance at the 11th annual SXSW Takeover, where he shared the stage with DaBaby, J.I.D., Flipp Dinero, Reason, Lucki and Thutmose, among others.

In conjunction with the announcement of Cap Gold’s signing to the distinguished New York based indie Babygrande Records, the Texas artist is also releasing his first single with the label entitled “All In.” This track showcases Cap Gold’s range, as he melodically soars over the smooth guitar based instrumental provided by producers Nashi and Seph. “All In” premiered today via HipHopDx. Together, Cap Gold and Babygrande will release several more tracks and music videos throughout 2019. 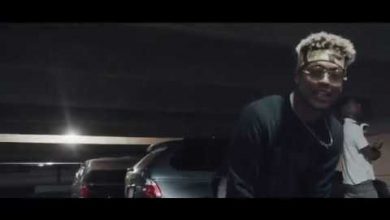