The new single, “Pour It Out,” produced by Trax himself is an ear pleasing track brimming with thumping bass and classic boom-bap splurged with an uncanny mix. The Youngstown, OH native known and respected for his raw lyrics, songwriting, and production; manifests a lyrical canvas inspired by the dopest and wackest emcees. The intro, a sinister laugh from Trax, sets the tone for what’s been brewing underground. “OG with a belt to chastise all.”

Trax provides lyrical imagery and quick-witted punchlines to describe his mastered moves in the industry. Before the ‘profit speaks’ he soaks up everything, fills it to the top, then pours it out on the beat; no gimmicks or sugarcoating. 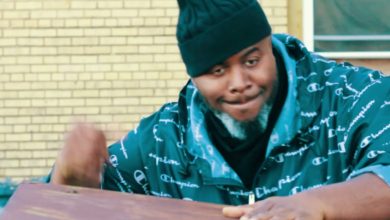