The previous editions of the A3C compilation have included numerous, future prominent artist’s in hip-hop, allowing the series to receive recognition from numerous outlets, with editors from Apple Music stating, “The A&R rep has done a commendable job, cherry-picking some of the most promising, would-be rap stars from countless wannabes,” said editors from Apple Music.

The first artist to join their ranks in 2018 is 19-year-old Cap Gold, from San Antonio, TX, a promising newcomer who has already made his mark on his home state’s underground scene, and is continuing with “HighClass Fever,” the first single from A3C Volume 8. The Justin Perez-directed clip, which premiered today on HipHopDX, takes the viewer on a visual ride as Cap Gold gives you a taste of what’s to come.

The 2018 compilation will continue it’s tradition of introducing hip hop’s up and coming new talent, delivering upwards of 50 tracks from the next generation of emerging artists. iHipHop Distribution is currently accepting submissions for A3C Volume 8. If you would like A3C and iHipHop Distribution to consider your music for this installment of the compilation series, please send your submission to pr@ihiphopdistribution.com (streaming links only). 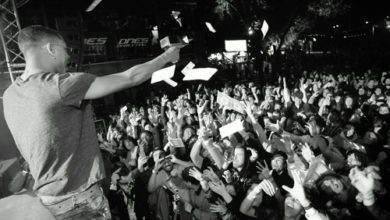 New Single: Cap Gold – All In