“Money Walk” is the new single by DJ Fourd Nkay featuring 2 Milly, the Brooklyn artist who’s known for the “Milly Rock“-dance and the song by the same name.

DJ Fourd Nkay is born and raised in Tokyo, Japan and has made quite the name for himself since his transition to the New York music scene in 2008.

As a producer, he has worked with many artists including Sadat X of Brand Nubian, Oun-P, Masspike Miles (MMG/Inkkwell), Robbie Nova, and many more.

As a result of this, his DJ career soared, allowing him to curate his sound rocking the tables in Lower East Side, K-Town, Downtown Brooklyn. In Clubs such as Bar13, Novotel Rooftop, Ichi-Cellar and The Delancey as Saturday resident. He’s also opened for/co-worked with celebrity DJs from Hot97 and Power105.

The song is available on all platforms such as iTunes, Spotify, Tidal. 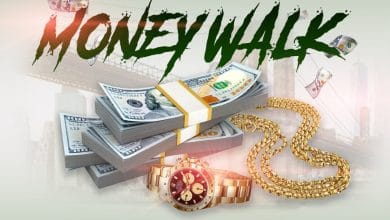