Legendary MC, Grand Puba, from the ground breaking group, Brand Nubian is one of the first lyricists to bridge the gap between upbeat, socio-political ideals and conscious narratives in urban music. His influence can be seen in the expansion of the Native Tongues movement (De La Soul, A Tribe Called Quest) to other relevant groups like Dead Prez and Black Star to mainstream urban collectives like RZA and GZA from Wu-Tang Clan. In addition to his massive success with Brand Nubian, Puba is also a decorated solo artist with classic hit singles in his arsenal such as “360 Degrees (What Goes Around)” and “I Like It (I Wanna Be Where You Are).”
Currently, Grand Puba has reunited with Babygrande Records; adding to his robust legacy with the release of his new record, Black from the Future. This is his first album since the release of Retroactive in 2009; which was also on Babygrande Records.
Black from the Future is bolstered by socially-driven rhythmic tracks, including the new single, “UDK.” The track was produced by Grand Puba; who sounds sharper than ever as he reflects on the climate of today’s society. He touches on issues ranging from racial tensions to celebrity scandal. Black from the Future is the first album which is set for be release in 2016 on Babygrande. Grand Puba says, “The day my people wake up is the day I no longer have to make songs and until that time comes, party on!”[/fusion_builder_column][/fusion_builder_row][/fusion_builder_container] 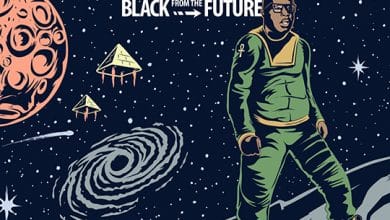 Single: Grand Puba – “It’s Been A While”