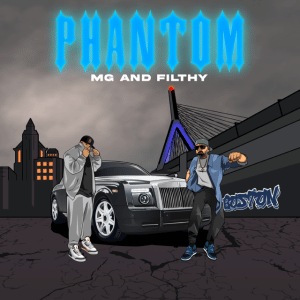 New England (Boston) based rap group The Massholez has released their new single “Phantom.” Made up of the three friends Filthy Rich, MG and Natethoven, they spit hard verses over banging beats illustrating the streets as seen through their eyes. From bars to storytelling, these guys are reviving hip hop.

Grind to the wheelz fall off
Get ya bandz up

Verse 1: MG
This is a message from a lonely man
Ride for the holy lands
Messing with a guy like me
I don’t understand..
Kindness for weakness
never was the plan
a Ginnie in the city
Who got hands
A lady’s man
sprayed up the block today
real street sweeper way
My guns Bangkok
Impact like Cashes Clay
Started out a stage hand
Now I’m making power plays
Kiss the skin un-tanned
Wax off a cast a way
Sounds of C-Lance in Thailand
Smoke a Jay
showcase my skills
With no delay
Take the camera put it in my face
Then back away
Let’s go overseas have a holiday
Females on display
bottles of Belvedere.
Duvall-Leroy Rose’ doing it my way
Success I parlay
Put it all on red
hit the highway
Stop staring at me sideways
This is my money
Do or die
Pass the Courvoisier!

Verse 2: Filthy Rich
Whoever thought
I’d be this gifted
Escaped Felonies,
Painting pictures
Hustling on the court
Mr. Payton Pritchard
Play around the world
Cause I’m King Richard
Shoot on the spot
Cause I grew up different
Proficy language
Money over bitches
Sipping Saki up in Bangkok
Sex on the beach
Head on mountaintops
Nothing but fresh air
So we gonna smoke
Every move impeccable
Like Dinner Jokes
The lost poet
Never liked strangers
Bosses at my table
We eat dangerous
C-Lance in the cut
Ya we money makers
Leave all the crumbs
For them bitch Haterz
A gangsta and a gentleman
No loose ends
Crim Della Crim
Ball above the rim!

An indie hip hop group from good Ol’ Boston, Massachusetts! Three friends who own their own successful businesses and have been making and releasing music for over two decades. They’ve been signed to labels, been part of multiple groups together and are still creating bangers until this day. From beginning to end, hit after hit. They write it, record it, master it and drop it. The Massholez are breaking down doors and bringing top-notch quality back to the game. Their sound is original and their flow is purely authentic. Hip hop is their lives, streets are in their blood and freedom is in their hearts. They fought for their families, they fought for their country and now they fight for their dignity. In the words of Nipsey – “The Marathon Continues.”