Token brings a type of energy to hip hop not seen in a long time.

“I Was In Hollywood” is not only Token‘s first single since the January release of Pink Is Better, it is also a tribute to his father, who unexpectedly passed away.

Verse 1
My first memory of a smartphone was not the hottest ringtone
In the games, I was always kinda schooled on (Uh)
Ten years old, there was a naked woman on my father’s new phone
Didn’t say I saw it, I always thought he knew though (He knew)
I never was too religious
I always thought of God like: “Who knows?”
That want a lot of proof shown
The only thing that was Jewish about me was my last name
And the Holocaust and Jew jokes at the lunch table
I was always cool though
My job got me a bankroll, I’m not copin’ a leg home
That ride already bait hoes
Bad cops walking the same road
My pop taught me to hate ghosts (Fuck ghosts)
I just emptied the pipe on the bitch like Draino
My mom’s job had her late home
So mom brought me a plate home
Both my grandpas are dead, put this on top of the gravestone
My grandson is a rap star, so the last name got a ring to it
They both probably trippin’ now when they see what I bring to it
(What you bring to it?)
Wet pussy by the light behind the curtain
Paper towel wrapped around her thigh absorbing it (Ah)
I’m the type who likes to learn shit
I almost left tonight to slide to her crib
Till she ask me what Tech N9ne is like in person
(I’ve never met him)
I got head at 12 but 17 I was a virgin, too shy to put the work in
Then I turned 18 and toured the world with a headliner
And I was fucking more than a headliner
I was adored by the headliner
Even fucked those two bitches together
Dawg, that shit was too much for me, I had to take December off
2022 I’m healthier, I got my head screwed on
I gotta be alone for a little bit, I gotta leave home for a bit
I got a clean phone like a kid clearing the history thinking he swift
I know a couple of people who wish
I never level up, leavin’ up with nothing to do
Except diggin’ up whatever they can be diggin’ up
Making them think that I did you dirty or some, huh?
You 30 or some? Have you a little boy
Or a little girly, or some, huh?
I was wordy when I was young
I was good at English class but I wasn’t nerdy, it was just fun
I came to school high and after school was when I got drunk
I was the first weed smoker at my grade
So my older homie bought me a scale
And taught me how to weigh
I used to call it a quarter even though it was a eighth
Word got around so had to cut the con out like I’m Ye
Bitch, I prefer my head with a outcast taping the background
[?] when a round ass shake in my lap now
Found in a house that came with a tall valet and a wild crowd
‘Cause I now rap name, bring a loud ass gang to a quiet town
Halloween I traded candy with my sister
I preferred the peanut butter shit, now she prefer her Benz
And I prefer an even dumber whip
Not religious, speaking in tongues and shit
It’s ironic if she look like an R&B bitch, she get ushered in
Federal prison, mom used to be scared she’d see her son in it
Now her son’s rap money feed the government
My sister got a favorite rapper so I grew up looking at all his merch
I’m with him now, I promised an autograph for her
I got me a lot with rapping words
Thank God that I got a passion for it
That body inspired me, if I fucked that girl
I’m dropping a project afterwards
Stay a broad but she not a traveler
She got that fire pussy, the Hellcat, dodge challenger
Come to the place, it ain’t really far
How I’m fucking up the face like painting Picasso, though
Jumping up ranks so much in the bank, they gave me a job role
I’m in a literal million dollars worth of game like [?] Single again but Vivienne West’s on the shirt though
I bought it for what it’s worth, bro
And that’s a tax right off ’cause that’s my work clothes (Right)
Sapphire is my birthstone, so is each verse though
Funny how the world go
Balenciaga, big shirt that can fit Big Bird but it’s comfy
That bitch still put the kid first like Cudi
Big thirst for the money, quick turns in the whip
Make the whip groan like it’s hungry
Insurance got a upwards curve, must be ’cause the kid’s worth
Through the city’s curves like it’s funny
It works if you love me ’cause if she did birth
The bitch permanently lucky (Aah)
Still lurk through the country touring
Sweep the floor and I’m like the intern for the company
No quick purchase gon’ quench my thirst
I’m too hungry

Verse 2
Call around, my energy is profit now
Relationships? I’m opting out, I’m open like the waffle house
I was getting calls, bro: “Why you ain’t active?”
“Got your first major label project out, what happened, dog?”
Fuck worrying about sales
I’m just trynna worry about what God about
Like He finally let me drop my fucking album
Mom lucky, week later He gon’ take my pops from me
Momma called me, I was in Hollywood
I fell to the floor and my homie caught me
She gave me the news, I couldn’t breathe
I just felt outta body, flew home for the funeral
I came back with an angel on me
He texted me saying he’s so proud
I ignored it, California had me out
Now what I’ma say when my people tell me: “Come back home”?
I’m ’bout to do this for my dad, bro 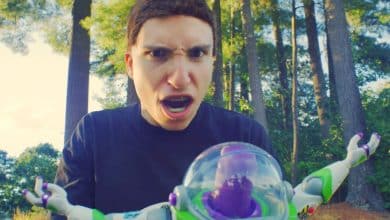 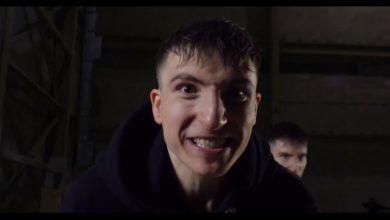 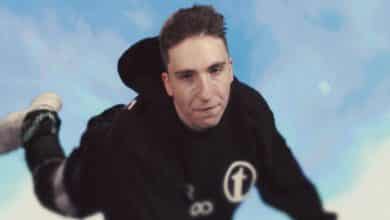 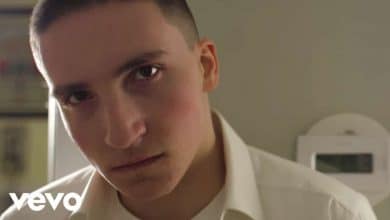