G-Jet looks at life as a constant avenue to invoke change. His tough gritty Texas upbringing reveals pain, struggle and ultimately survival of the fittest. Fueled by everyday life, G-Jet sees music as an inspiration to better his life and started freestyling in high school.

The new record was recorded at Launchpad Studio in Austin, TX, engineered and primarily produced by A Squared Production (with additional production by Max Lo) and mastered at Ardent Studios in Memphis, TN by the Nix family.

G-Jet says, “I write about everyday life… I know I can change my life and at the same time hopefully help make other people’s lives better. Die Rich has a motivational message… it’s a rags to riches story. The Video for ‘Born Broke, Live Good, Die Rich’ was directed by Jeff Adair.” G-Jet adds, “The visual for ‘Born Broke, Live Good, Die Rich’ compliments the song and spotlights my passion. It sums up my life at the moment and where I came from.”

In 2014, G-Jet caught the eye of independent label, Babygrande Records and signed an exclusive deal. Babygrande founder, Chuck Wilson says, “What makes G-Jet unique is his story. He literally climbed his way out of poverty. He made a name for himself on the battle rap circuit.” Wilson adds, “I believe there are a lot of people that can relate to his story and his music. It’s really that simple.”

G-Jet is the truth. You can see it in his eyes, his story and hear it in his music; he’s part of the next generation of great rappers from the Lone Star State! G-Jet quickly attracted attention with his track, “Richard Pryor” which appeared on the acclaimed A3C Volume 4 Hip-Hop Festival Compilation in 2014.

After sharing the stage with artists such as Kevin Gates, Wiz Khalifa, Wale, Flatbush Zombies, Lil Durk and many others, G- Jet will be part of the upcoming Smokers Club Tour this June. The tour kicks off in Vancouver and will travel across the US all summer. 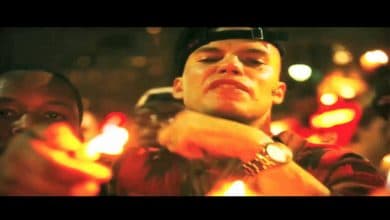