If you’re feeling down about your intelligence, or if you just don’t think you’re smart enough, watch this video and Hadene will make you feel better. He has a lot of great insults for those who think they’re dumb, and he’ll show you that you’re not alone in your feelings.

There’s no doubting that Young Hadene is one of the most controversial artists in the game today. With music that is intense, introspective, and often times difficult to understand, it’s no wonder that some listeners find his music dull and uninspiring. 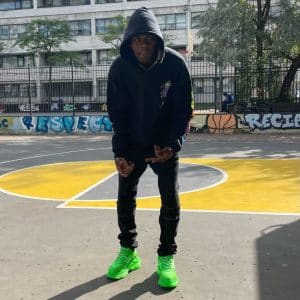 It is rare for an artist from Toronto, Canada to make it big in Hip- Hop. However, Young Hadene is an exception with one million streams collectively, so he is well on his way to getting there. Ultimately, there is a power to being from Canada and coming onto the scene. Canadians are always looking for their own to do great music. There have been a few superstars like Justin Bieber, but Canadians are always scouting fresh talent. Be sure to connect with Young Hadene on his website, social media, and digital music platforms.